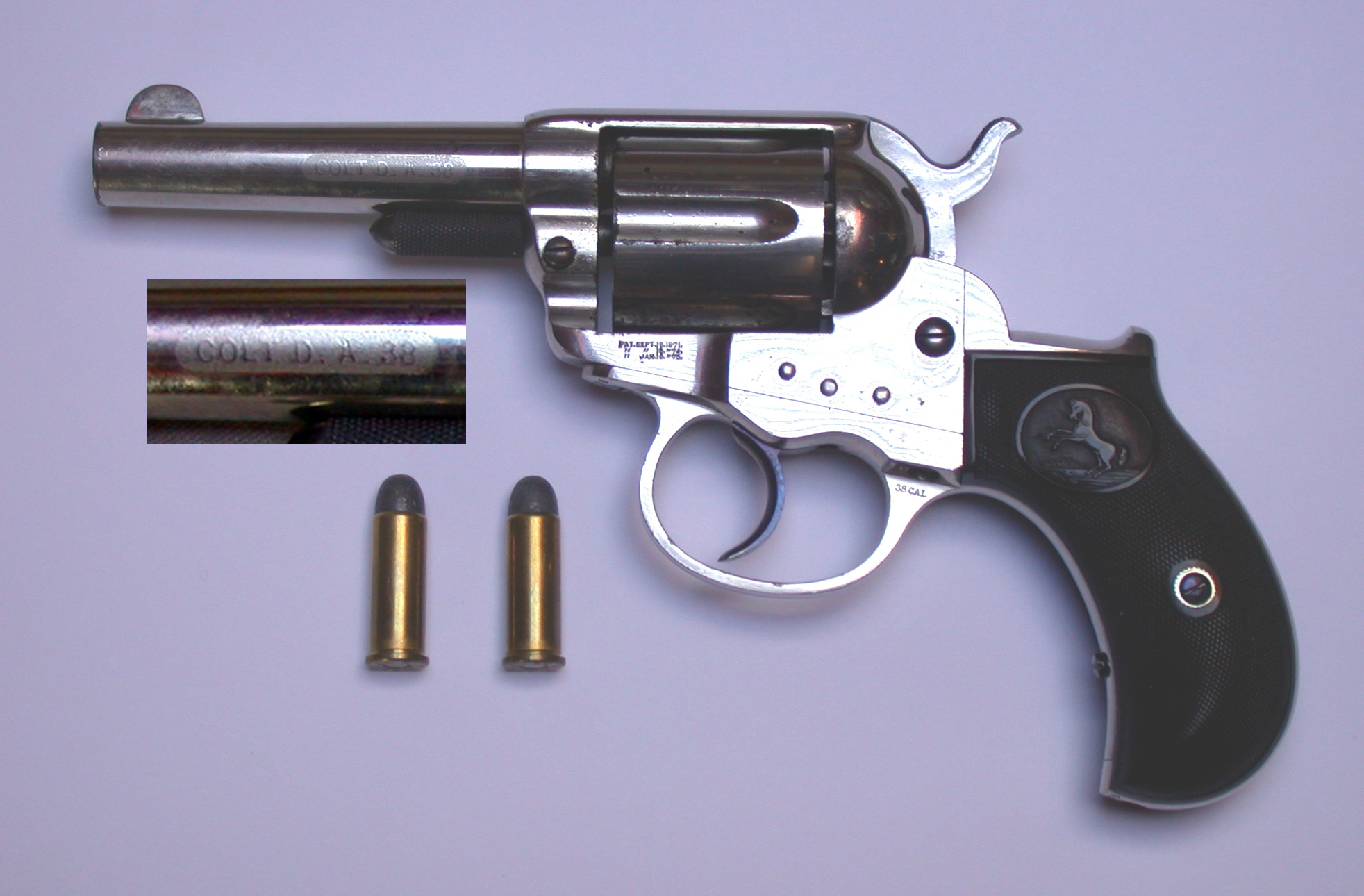 Colt “Thunderer” with ejector (above), compared to Colt Single-Action Army (below).

The Colt M1877 was a double-action revolver manufactured by Colt’s Patent Fire Arms from January 1877 to 1909 for a total of 166,849 revolvers. The Model 1877 was offered in three calibers, which lent them three unofficial names: the “Lightning”, the “Thunderer”, and the “Rainmaker”. The principal difference between the models was the cartridge in which they were chambered: the “Lightning” being chambered in .38 Long Colt; the “Thunderer” in .41 Colt. Both models had a six-round ammunition capacity.[1] An earlier model in .32 Colt known as the “Rainmaker” was offered in 1877.[2]

Neither “Lightning” nor “Thunderer” were Colt designations, nor used by the factory in any reference materials. Both terms were coined by Benjamin Kittredge, one of Colt’s major distributors. Kittredge was responsible for the terms “Peacemaker” for the Single Action Army, “Omnipotent” for the Colt M1878 double-action (often known as the “Frontier” model), and nicknames for the various chamberings of the New Line models.[3]

The M1877’s early double-action mechanism proved to be both intricate and delicate, and thus prone to breakage.[2] The design had a reputation for failure and earned the nickname “the gunsmith’s favorite”. Because of the intricate design and difficulty of repair, gunsmiths to this day dislike working on them.[2] Gun Digest referred to it as “the worst double-action trigger mechanism ever made”.[4] Typically, the trigger spring would fail and this would reduce the revolver to single-action fire only. Outwardly, the Model 1877 shows a striking resemblance to the Colt Single Action Army revolver, however it is scaled down slightly and much thinner in dimension. The standard finishes were blued, with a case-colored frame or nickel plating. The bird’s head grips were of checkered rosewood on the early guns and hard rubber on the majority of later-production guns.[4]

The “Lightning” was the favored personal weapon of famous Manchester (UK) Victorian detective and then head of CID, Jerome Caminada. Old West outlaw John Wesley Hardin frequently used both “Lightning” and “Thunderer” versions of the Colt 1877 revolver.[2] Likewise the 1877 “Thunderer” in .41 caliber was the preferred weapon of Billy the Kid and was his weapon of choice when he was killed by Pat Garrett in 1881.[5][6][7] Doc Holliday was also known to carry a nickel plated colt thunder in his waistband as an accompanying gun to his nickel plated colt 1873. Both had ivory or pearl grips.

I like that Doc Holliday used a double action revolver for his secondary piece. It shows he was willing to try new technology. Not bad for a dentist!

Bidding allowed for registered users only. Login or Register. 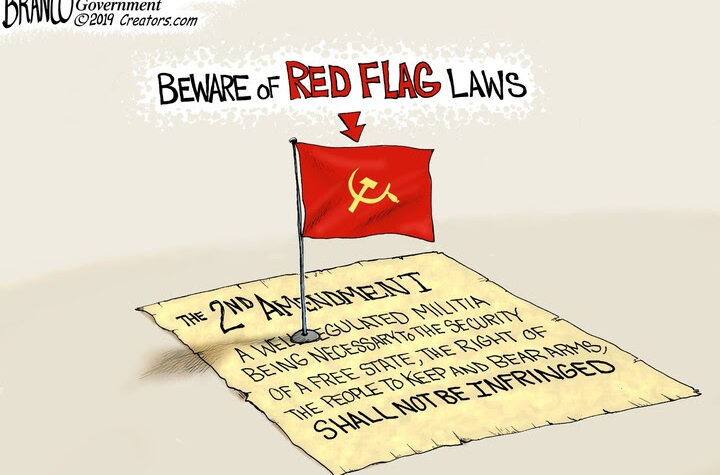 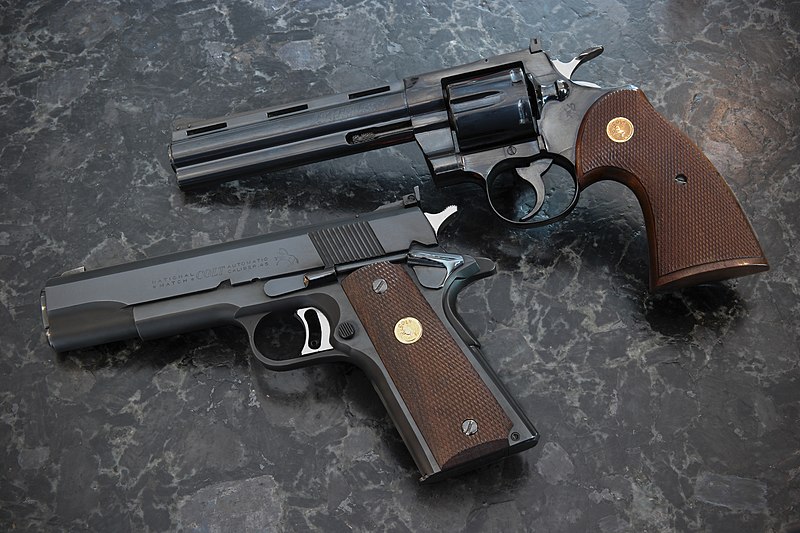 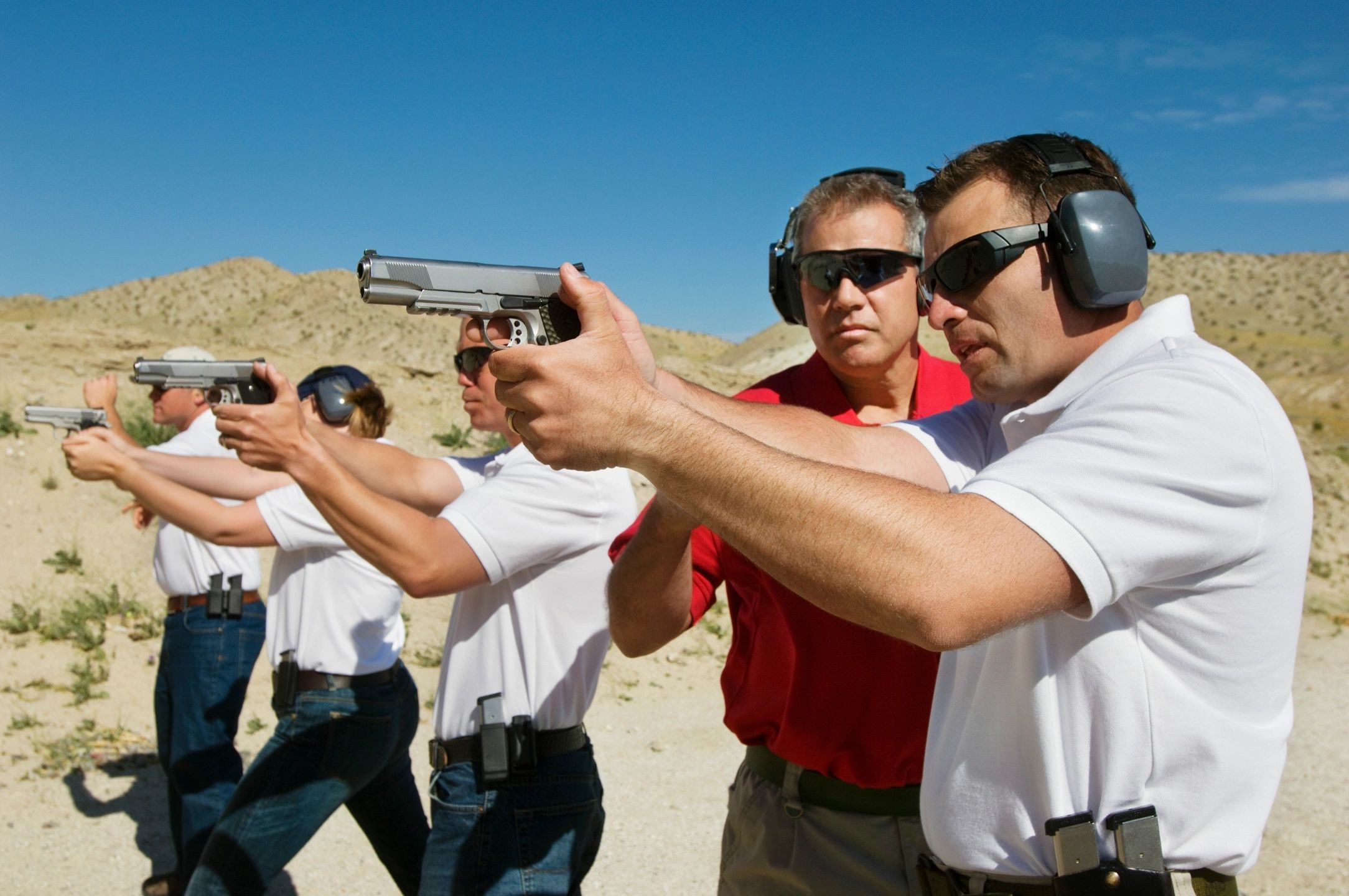