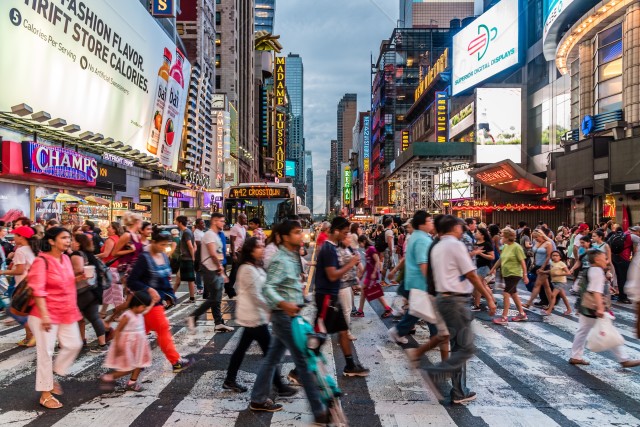 What then is the American, this new man?…He is an American, who, leaving behind him all his ancient prejudices and manners, receives new ones from the new mode of life he has embraced, the new government he obeys, and the new rank he holds. He has become an American by being received in the broad lap of our great Alma Mater. Here individuals of all races are melted into a new race of man, whose labors and posterity will one day cause great changes in the world. Americans are the western pilgrims. (from “Letter III,” 1782)

Fast forward to 2021…what is America now? Certainly it is a far cry from what Crevecoeur described. It is a nation vastly more technologically advanced and urban. It is no longer an agrarian frontier inhabited by British sojourners, but a global superpower with a population represented by every demographic on the face of the earth. America is home to Christians, Jews, Muslims, Buddhists, Taoists, Sikhs, Atheists, Agnostics, and even Satanists. It is a land populated with engineers, farmers, scientists, truck drivers, nurses, teachers, lawyers, soldiers, factory workers, servers, cooks, artists, construction workers, miners and so on. America is steeped in a vast cultural diversity unmatched by any other nation on earth. Economically, it has been the most successful creator of wealth the world has ever seen. More patents and millionaires have come from the United States of America than any other country can boast. So why is America, in 2021, falling apart at the seams?

The short answer is…diversity. What? Didn’t I just get through recognizing that it was America’s diversity that made it a global superpower and an economic powerhouse? Do I confuse you, the reader, now? I can see how it appears I have just contradicted myself. But the truth is, I am not contradicting myself. What I said about America was and is true. But I was talking about Crevecoueur’s America…George Washington’s America…Abe Lincoln’s America…Joe Dimaggio’s America…Ronald Reagan’s America…Rush Limbaugh’s America…Donald J Trump’s America. However, there is another America. There is the America of Woodrow Wilson and Franklin D. Roosevelt…the America of Lyndon Johnson and of Neil Young, of David Crosby, Jessie Jackson, Gloria Steinem, Al Sharpton, Ruth Bader Ginsburg, Bill and Hillary Clinton, Barack Obama and Joe Biden. From Wall Street to Hollywood to 1700 Pennsylvania Ave to the Heartland of the nation’s interior, there is a growing ideological divide born from the very diversity that once made America the greatest nation in history. Instead of a nation drawing strength and vitality from its multicultural richness, it is now a nation divided on race, politics, economics, and especially on what being a true American really means. Many now believe America is broken beyond repair…now in its Twilight…about to fade away into the recesses of world history to take its place with other fallen empires of the past such as Persia, Babylon, Greece, and even mighty Rome.

But what happened along the way? America emerged from World War II as the greatest superpower on the globe. It was the mightiest industrial economic engine able to feed, clothe, and rebuild a world devastated from a catastrophic war that left millions dead and millions more homeless and wrecked. America had been given the greatest opportunity to show the world it was a beacon of light and hope. For many, America did represent all that is good in humanity. But for others, it was a symbol of oppressive opulence, decadence, and carnality. It was a nation that appeared free and prosperous, but underneath was a seething cauldron of systemic racism, materialism, unregulated Capitalism, and moral chaos. Now in the 21st century, America is a nation more divided than ever. Cultural consensus or social homogeneity are terms that can never be applied to America. Americans will never agree on anything ever again…if they even ever did in the first place. Americans cannot even trust their national institutions anymore. Conservatives, Christians, and Republicans feel the encroachment of tyranny, persecution, and isolation while Liberals, non-Christians, and Democrats want to change America into what they feel is a better America…a vision the other side will decry as a dystopian nightmare in the making.

So what you may ask? Doesn’t all things eventually run their course? Yes of course they do. America has seen its dawn and noon day. Now it is experiencing its Twilight. In the end, the America that Crevecoeur relished is no more. The America of the future is uncertain. What will become of this once great nation? Can it ever be made “Great Again?” It’s hard to see in the ever dimming light of America’s downfall. We shall have to wait and see.

About the author: donaldbaker
I am a gun enthusiast from Kentucky. My father introduced me to the joy of collecting and shooting fine firearms. I hold a B.A. in History from the University of Kentucky and an M.B.A. from the University of Louisville. I love to read historical works and watch college sports.
Subscribe
0 Comments
Inline Feedbacks
View all comments